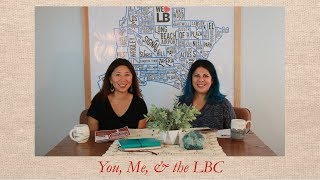 You, Me, & the LBC | Patrick Henry Foundation

We talk to Kathleen Mest, the events chair of the Patrick Henry Foundation, about the organization's upcoming fundraiser at Boathouse on the Bay! #youmeandthelbc #events #video #school #schools

The students at Mark Twain Elementary School once again went the extra mile to honor veterans last Friday during their annual Mark Twain Veterans Day Celebration. The whole student body gathered in the school’s quad area along with parents, friends, families, neighbors, and of course…veterans. Each year, the students are encouraged to invite a veteran they know to help the students learn more about what Veterans Day honors and what it means to be a veteran. The day started wi

Last April, we did a video about the awesome work a group of Cubberley K-8 parents has achieved to bring awareness to autism. But we, at Long Beach 908, aren’t the only people to take note of the awesome and inspiring work being done by this group, who call themselves the “LBC Hero Squad.” On Tuesday, Oct. 2, they were recognized by the top of the totem pole in Long Beach: City Council and Mayor Robert Garcia himself. The LBC Hero Squad, formed in 2016, aims to bring awarenes

Burcham Elementary School 5610 E Monlaco Rd, Long Beach, CA 90808 David Burcham has been credited for the strong moral fiber that ran through Long Beach Polytechnic High School for many decades. Burcham dedicated 34 years to the “home of scholars and champions” as its principal from 1907 to 1941. He earned the nickname “Daddy” because his word was taken as law and he was a leader during many years that were challenged by local and national events. Burcham saw his communi

The Many Names of That State College in Long Beach

What’s in a name? Well, for California State University, Long Beach the question is more accurately – What is your name? Throughout the University’s 68-year history, it has had no less than five official names, one interim name and one name that only the athletics program uses. Sheesh. No wonder the campus is having a bit of an identity crisis. Let’s take a look at the history of the many names of that-state-college-in-Long-Beach. 1949: Los Angeles-Orange County State Colle