Feature Event: Concert in the Park – The Reel Band

Crazy, but Long Beach State basketball season is almost here! On Friday, Oct. 12 at 6 p.m. at Marine Stadium Park, help the Long Beach State Athletics Department kick off the men and women’s basketball season during this Concert in the Park featuring The Reel Band. They’re one of the most entertaining groups around with unreal stage presence and high energy. The Reel Band brings the best of R&B, hip-hop, Latin, salsa, and old school funk. Both men and women’s basketball teams
0 comments
John Grossi

I did it. I found the perfect mascot. Recently, a lot of local, regional, and even national media outlets have been running stories about the removal of Prospector Pete as Long Beach State’s mascot. Not because they care about Prospector Pete, have anything original to say, or have a strong stance or solution, but because at its core, the Prospector Pete removal is about political correctness. Here’s the thing: it doesn’t matter what side you’re on. Stories about “political c
0 comments
Paul Slater

Shoot Your Shot with Jim McCormack at Legends (PODCAST)

We sat down with former sports editor of the Long Beach Press-Telegram, the legendary Jim McCormack, at Legends on 2nd Street and he took us back in time to Long Beach sports of yesteryear. He talked about legendary Long Beach State coaches and walked us through how media has changed (14:50-47:32). Shoot Your Shot continues to be the official podcast of the countdown to the 2028 Olympics in Los Angeles (2:34-4:47). In 'Iron Sharpens Iron' we talked about the red-hot St. Antho
0 comments 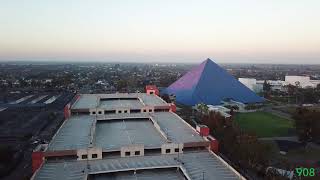 Aerial Footage of the Walter Pyramid at CSULB (VIDEO)

Did You Know The Walter Pyramid is one of only three true pyramid structures in the United States and is the largest space-frame structure in North America? We call this... pyramid admiration. #drone #video #walterpyramid #pyramid #flyover #music #aerial #csulb #calstatelongbeach #longbeach #longbeachstate #49ers
0 comments
Jennifer Newton

The Millers Leave A Lasting Impact on Long Beach

In Long Beach, the Miller name is synonymous with philanthropy. But, aside from the unmistakable Miller Children’s Hospital at Long Beach Memorial, you probably don’t realize the extent of Earl and Loraine Miller’s generosity in supporting organizations that further health, education and the arts for youth in the Long Beach community. It’s a legacy that dates back to the early 20th Century. Earl B. Miller was a successful asphalt and paving contractor in Southern California
0 comments
Jennifer Newton 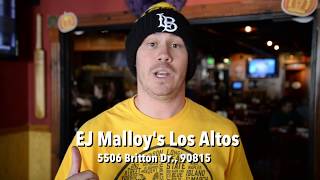 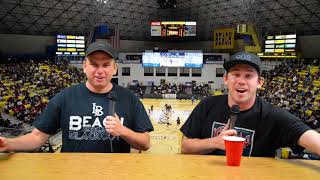 WHAT A TIME TO BE ALIVE! In the biggest news for Long Beach State athletics since probably the opening of the Walter Pyramid in 1994, fans will once again be able to purchase alcoholic beverages at on-campus sporting events. Are you kidding me?! The Walter Pyramid is, without question, my favorite place on the entire planet and has just been solidified as the eighth wonder of the world. Long Beach State athletic director Andy Fee is making a strong case for Athletic Director
0 comments 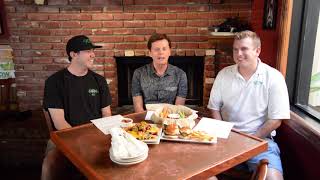