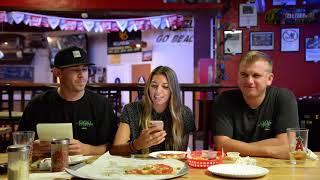 We sat down at Avenue 3 Pizza & Subs (2226 Palo Verde, 90815) with Wilson and Long Beach State soccer alum Kristyn Benavidez. She gave us a rundown of her soccer career including the 2008 Moore League, CIF, State, and National champion Wilson Bruins. She also gave us her most memorable moments as a Long Beach State 49er. Benavidez “shot her shot” with this season’s LBSU women’s soccer team, which she says, “will reach the NCAA Final Four for the first time in school history.”